What happens on our Zen day retreat

Almost four years ago, I was very fortunate to be given the opportunity to travel to Japan with my training body Zenways,  and study with Zen Master Shinzan Roshi. It was one of the most incredible experiences of my life (more in an another blog post) and while there, I came up with the idea for the Zen Day Retreat that we now run every second month in Vitality. The retreats are based on the temple structure in Japan although ours run from 10am – 4pm and in Japan, the day was from 5am – 11pm. We’re also a little less strict 🙂 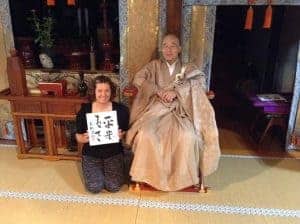 This Saturday past was our September Zen Day Retreat so I thought I’d share a little bit of what goes on <3 We run these on the last Saturday of every second month and are fully booked up for this year but will be starting again in January so check out the retreat page of website or our facebook page for availability (they do book up very quickly).

If you’ve ever attended a course or workshop or pretty much anything that involves a group of people, one of the first things you will do is a round of introductions. We don’t do that on a Zen Day. You don’t have to share your name or tell your story or entertain anyone. We simply arrive, I tell everyone what to expect of the day and we begin.

The day is spent in silence, apart from my instructions as we move from phase to phase. Many people are nervous of the silence but it is one of the most important parts of the day. There is a Zen saying that ten minutes of idle chit chat can cancel out a day of practice. The silence also gives everyone the opportunity to sit with whatever arises and process it rather than sharing and taking on other opinions. This can really allow insights to flourish.

After introductions we go straight into a one hour seated meditation (although we do have a five minute stretch break in the middle). In Japan, this was on meditation mats and cushions – in Vitality you can have this option but there is the comfier option of a sofa if it gets too much.

In the three years we’ve been running the Zen Day Retreats, we’ve always managed to get into the garden for the mindful movement part of the retreat – a bit of mindful walking, some yoga and some qi-gong. Taking careful note of sights, sounds, smells and everything you can feel during the practice makes it much easier to be mindful. We’re blessed with a wild, relatively private garden in Vitality so it’s perfect for a bit of time in nature – the Vitality cats and hens quite often join in 🙂 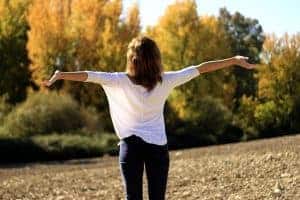 We have  a period set aside for working meditation. In Japan, this was weeding the garden but for Vitality’s Zen Day, it can be any form of meditative activity – writing, drawing, knitting, colouring in, photography and of course we’re always more than happy for someone to do a bit of gardening!

Lunch is also in silence and allows for some practice of eating meditation. It can feel a little awkward to begin with but it doesn’t take long for people to settle in and start interacting with each other. It’s surprising how much can be said without words. Food certainly tastes better and is more satisfying when eaten mindfully. You’ll also be treated to my special Japanese soup which I only ever make for Zen days. Slurping is not optional. 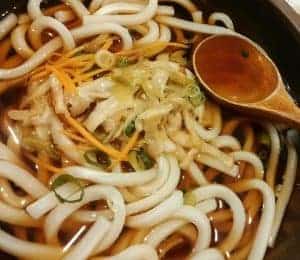 After lunch we have a full hour of yoga nidra. Yoga nidra means yogic sleep but rather than sleeping, you are looking to reach that edge between asleep and awake. It is deeply, deeply relaxing and I do wonder whether right after lunch is the best time. It certainly makes it harder not to nap for the hour.

We finish with another full hour of seated meditation (stretch break included).

After the Zen Day, I advise attendees to try to extend their practice for as long as possible – if they can keep their silence for the rest of the day, wonderful, but if not, they should take things slowly, perhaps have a bath, avoid the news and social media, eat light and go to bed early. Although not physically demanding, the Zen Day is hard work and you will feel tired after it. The next day and probably for several days after (if not longer) it’s common to experience a real energy boost.

The Zen Days are suitable for any level of practitioner, even complete beginners but it can be challenging so a bit of meditation experience would give attendees an idea of what to expect.

If you’d like to know a bit more from an attendee’s perspective, click on the link for a great blog from Andrea of Fiction Burns <3 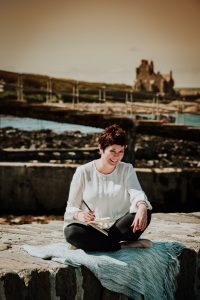 Hey there, lovely to meet you. Thank you for taking the time to read our blog. Please feel free to comment or ask questions.